Interesting choice of the available and not bad discharge is bmw 3 e36, as one of the most popular and advanced options on the market. Before buying a car, of course, it is necessary to learn what customers say about it - let's read about it below!

An overwhelming majority of drivers have no complaints for it. The car is very beautiful, at least straightway after a purchase it can be like this! They are usually prepared before selling - polished, cleaned, washed, so they will simply sparkle under the sun! They are not particularly lagging behind ones with modern appearance, well, at least you feel tolerantly and are not ashamed on the roads. For their money - appearance is at a height! 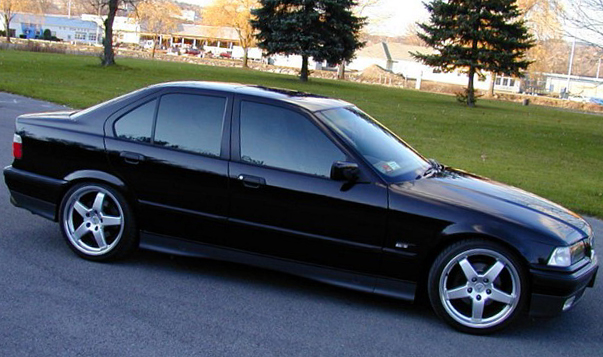 A lot depends on the particular bmw e36 model - reviews are different. BMW e36 318 touring 1.8 can boast of really high engine agility - "confidently holds 110 kilometers per hour, fuel consumption is 9 liters per hundred". One of the additional advantages of this model is a really great trunk! It is not only huge (with folded back couch), but in addition, it is really more comfortable, as it is specially created for the owner! It is simply not possible to say something bad, basically, one of the best options.

Other BMW e36 owners can often be upset with a "small and weak" engine and sufficiently high fuel consumption (15 liters per hundred) and "stupid" transmission, which "for half a year think before to do, or vice versa, switches from the third into fourth before you need".
However, in general, bmw 3 series reviews vary from very positive to acceptable. Besides, it should be understood that the engine condition of each specific used vehicle is highly individual and 15 liters per hundred are not far the limit.

The most often mentioned disadvantages 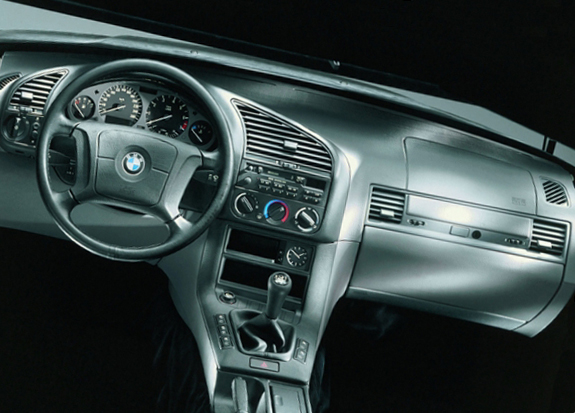 Some car enthusiasts note disadvantages of the rear-wheel drive. For example, when driving in winter on glaze ice and entering into a turn, one of them did not calculated the speed and, as a result, a car was thrown too much - it teared down a metal fence and its whole back part was damaged! But, in fact, inexpensive prices for spare parts more or less compensate such unpleasantness and still you should be able to ride with rear-wheel drive!

Overall, owners' reviews about bmw 3 are quite positive, so you should not doubt the advisability of this model purchasing, if originally you like it. Enjoy your trips!